Not all final drive motor failures are equal! Some are just horrifying ... 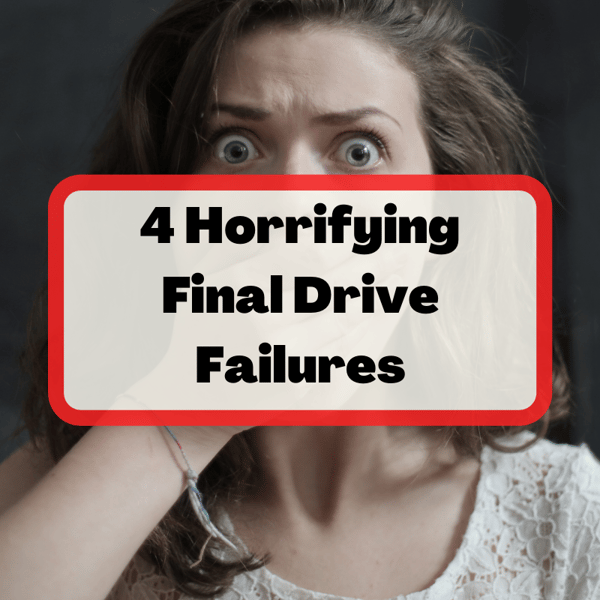 Are you ready to see some mechanical gore? Prepared to be horrified at what can go wrong when you are sloppy with maintenance or ignore the signs that something is wrong?

As you can see, the red arrow in this picture is pointing to a crack in the cover plate off a final drive we got in here at Texas Final Drive. It takes an incredible amount of pressure to crack a thick cover plate but we know who is usually the culprit: a clogged case drain filter. 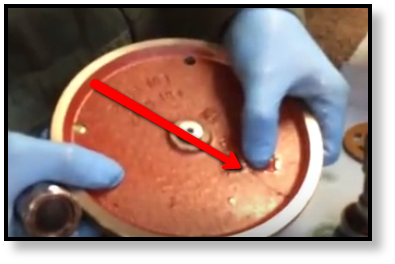 Even though a case drain filter might look small, it can literally have a huge impact on your final drive. When it becomes clogged, pressure builds up in your final drive until something has to give. It's not uncommon for cover plates to literally launch through the air (or yeet, as some of the young people say) as the drive tries to relieve the pressure.

This leads to catastrophic damage to your final drive motor because there will be internal damage in addition to that cracked cover plate. This is why we emphasize replacing the case drain filter on your Bobcat machines whenever your replace the other hydraulic filters. And if your case drain filter looks like the image below, you have come dangerously close to destroying your final drive motor. 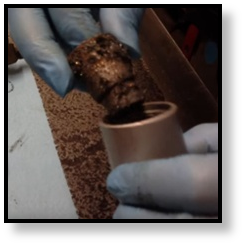 Grit in the Gear Hub

The last thing you want to see when you open up a gear hub is grit. Dirt, mud, sand, concrete dust -- those absolutely do not belong in the planetary side of your final drive motor. However, that's exactly what we discovered when we opened up the final drive shown below. 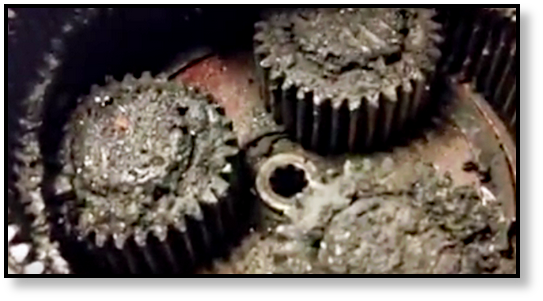 This is an extreme example of gear oil contamination, and most likely resulted from a leaking seal that was not replaced. That's why we emphasize leaks: if your gear oil can get out, just imagine what all can get in.

And you also need to change out the gear oil regularly, because otherwise you end up with a thick, useless, smelly sludge that will do more damage than good. This won't cause the same kind of damage that grit will, but it will reduce the performance of your final drive motor and shorten the life of some of its components. 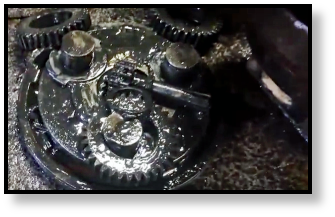 If you open up the hydraulic side of an axial piston final drive motor, finding bits and pieces of the rotator assembly strewn throughout is very, very disturbing.

This could be caused by a clogged case drain filter (never underestimate the damage they can do) or a failed bearing that threw things out of alignment. This type of damage will pretty much total the hydraulic side of your final drive motor.

Below, you can see on the right what a rotator assembly should include, compared to the missing pieces on the left. And here's another tip: the piston feet should never look like they've been chewed on. 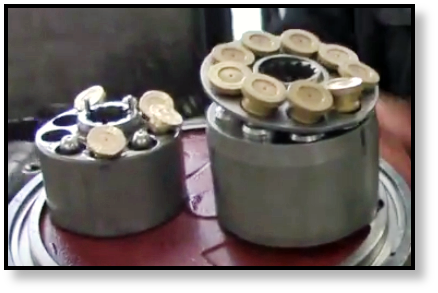 Here we have a shaft from a Kubota final drive that is so worn it doesn't have any splines left on it. If you look closely at the picture, you'll see how much metal has worn away. And that much metal missing from those splines had to go somewhere (no doubt contaminating the hydraulic fluid inside the drive motor).

Without splines, it can't engage and no matter how much power you put to the hydraulic motor, the motor itself can't do anything. Most likely the owner reported that all their final drive motor did was spin--they could hear it was working, but there was no torque. This is the result of wear, and it should have been replaced a long time ago.

This type of wear can lead to even worse wear in a destructive cycle as the abrasive particles that wear away will increase the surface wear of other components when trapped between in the presence of high forces.

At Texas Final Drive, our team has seen all kinds of horrific damage to final drives. That's why we offer our repair and reman services and sell replacement drives--and why we emphasize proper maintenance.