So what do tigers have to do with final drives? Well, read on to find out! 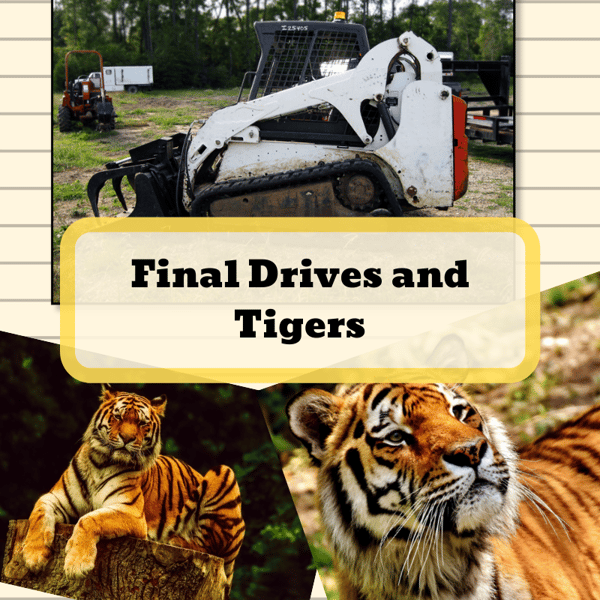 Here are some other blog posts you might find interesting ...

Lions and Tigers and Drugs ... Oh My!

Quite a few Americans have been staying at home in an effort to "flatten the curve" -- which has left quite a few people very bored. And because of this boredom and additional time at home, some people have been watching a documentary about the Tiger King, Joe Exotic. Social media has been flooded with all kinds of memes regarding the show and its real life cast of characters (both two-legged and four-legged). I admit that I, too, became hooked. So what does this have to do with final drive motors?

Transporting a Tigers with a CTL/MTL

I'll tell you: in one episode I spotted at compact track loader performing a task that few of us would ever be responsible for: moving a tranquilized tiger to a cage. I know there are a ton of different uses for both CTLs and SSLs, including moving sick cattle, but I never thought I would see a tiger in one. Considering that a male tiger can weigh up to 680 pounds, it makes sense to use a CTL to transport one. 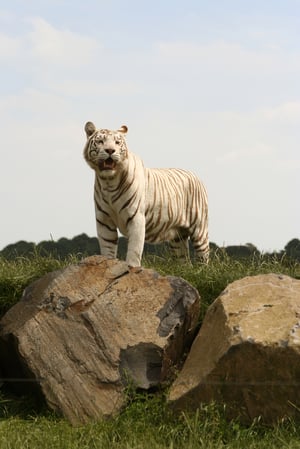 They may look cute and playful in pictures, but they can also do a lot of damage really quickly. And I can think of now worse time for a final drive to fail than when you are trying to move a sedated tiger while Joe Exotic is repeatedly reminding you that you have just a few minutes at tops before it wakes up. Considering that one of the zoo's staff lost his arm due to a moment of bad judgment (that would be Saff), you can certainly see why time and caution is of the essence when moving a big animal.

The Importance of Maintenance

Even if you aren't moving a big cat, you do have certain mission critical tasks that you perform using your compact equipment. If you want that equipment to keep moving, you need to maintain its final drive motors. At Texas Final Drive, we deal in the repair, reman, and sales of these motors, so we know what can lead to reduced performance or catastrophic failure. And the number one issue we see is failure to maintain your drives.

We've done quite a few blog posts on the subject of maintenance, but here are some of the key things to remember:

While this isn't an exhaustive list, it is a good start. Be sure to consult manufacturer guidelines for your equipment, too.

You may not be transporting sedated tigers and lions, but you are working on tasks that are critical to your success. Take good care of your final drive motors!