Excavator Dangers on the Worksite

How dangerous are excavators on the worksite? When used by skilled, alert operators, excavators are safe -- and indispensable. However, accidents do happen and some are a bit more common than others. Oh, and all the data you're about to see came from OSHA. 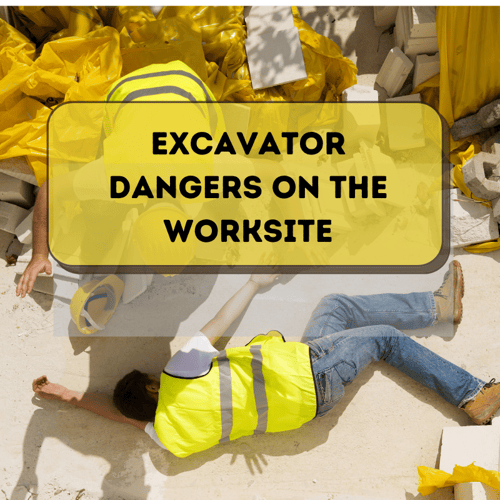 Here are some additional Shop Talk blog posts you might find interesting:

OSHA (Occupational Safety and Health Administration) keeps detailed records of accidents and fatalities related to the American workforce. Between 2015 and 2020, OSHA reports 98 incidents involving excavators -- with almost 45% of those accidents being fatal. And that last statistic regarding fatality is worrisome. And keep in mind that even though an accident might be non-fatal, it might still have resulted in serious disability. 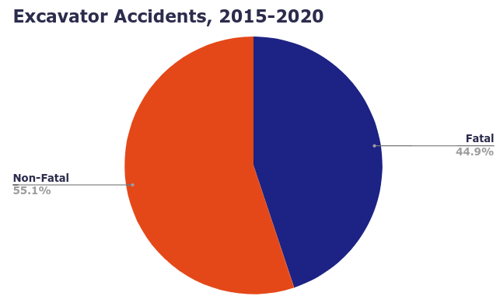 According to OSHA’s available data between 2015 - 2020, the year 2017 reported the highest number of work-related excavator accidents, with 2020 having the lowest number. This reduction in excavator accidents might be due to a renewed emphasis on construction site safety, such as OSHA’s Construction Focus Four training (Falls, Caught-In/Between, Struck-by, Electrocution).

Fortunately, the trend from 2017 onward shows a reduction in yearly excavator accidents that were reported.

The vast majority of excavator accidents are classified as “struck-by,” which tracks well with OSHA’s general data on construction site accidents and fatalities. Crushed/pinned (or caught-in/between) is the second most common category for accidents associated with excavators, which also ties in with the OSHA Fatal Four.

Another source of information on construction site accidents and fatalities is CPWR, formerly known as the Center to Protect Workers' Rights and now the Center for Construction Research and Training. In their Data Bulletin from February 2021, they discuss the prevalence of fatal injuries related to caught-in/between accidents.

Other types of accidents involve the following:

Let’s take a look at a few of these accidents. A typical example of a roll-over involves an excavator tipping over while traveling up a hill with too steep a grade. In an accident from 2001, the operator was able to jump free of the excavator but it fatally fell on another employee.

In 2021, an OSHA accident report discusses the death of an operator when a massive tree fell upon the cab and crushed him. Electrocution can take several different forms. For example, in 2007 an OSHA excavator accident report describes an incident where an excavator was moving a 20” iron water pipe into position when it came too close to 14,400-volt, C-phase overhead power lines -- and the employee touching the pipe was killed when the arc occurred.

While excavators are safe when used by trained, alert operators, unforeseen accidents can still happen. Stay safe out there, everyone! 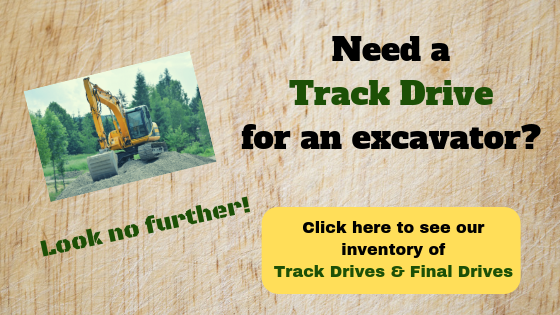