If you ever want to have nightmares, just scan through some of the OSHA accident search results with the keyword “excavator.” These accidents -- 509 accidents going back to 1986 -- aren’t always what you would expect. You may think you know all the dangers related to excavators, but remember that the human race always seems to think of new ways to harm ourselves. Here are some, shall we say, more unusual accidents related to excavators, including one involving final drive maintenance.

Trying to Stop a Propane Leak

The result was a massive fireball as the propane ignited. The operator leaped out of the excavator after his clothes caught on fire. A co-worker managed to the put the fire out and the operator was taken to the hospital. He survived.

Bucket Falls Into a Trench

This accident in 1991 had to be quite a shock for the guy on the receiving end of the bucket. An man was down in a trench, minding his own business and cleaning out the bell end of a water pipe. Nearby was an excavator whose operator had accidentally disconnected the bucket when pushing some pipe into place. The operator was working on getting the bucket reconnected when the first man went down into the trench.

Satisfied that the bucket was now locked in, the operator started to move it. The bucket wasn’t connected, though. It rolled down into the trech and hit the first man, forcing his body face-down across the pipe with the excavator bucket resting on his back. Before they could even get him free, they had to reconnect the bucket.

Struck By Flying Debris Without Warning

One accident back in 2003 is a sober reminder of the unexpected dangers when working around excavators. An employee was about 30 feet from an excavator preparing some pipe to be placed in a trench. The excavator was hammering road plate into a trench when a small piece flew off and struck the unsuspecting employee. Fortunately he was able to recover from his injuries. 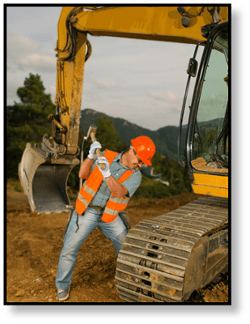 We are strong proponents of final drive maintenance, but safety is important even during routine maintenance.

Consider this accident in 2008 where two men were try to get the final cover plate in position to check the gear oil levels. They were using the bucket of the excavator to raise the track. The bucket moved and caught the man who was on the ground, pinning him helplessly between the blade of the bucket and the excavator track. He was hospitalized with a badly fractured right leg, but survived the incident.

Struck bys, crushing, electrocution, amputations, being run over -- there are many ways someone can be harmed or even killed by an excavator. Safety is important. Please be safe out there, guys.

Here are a few more blog posts related to excavators that you might find helpful ... 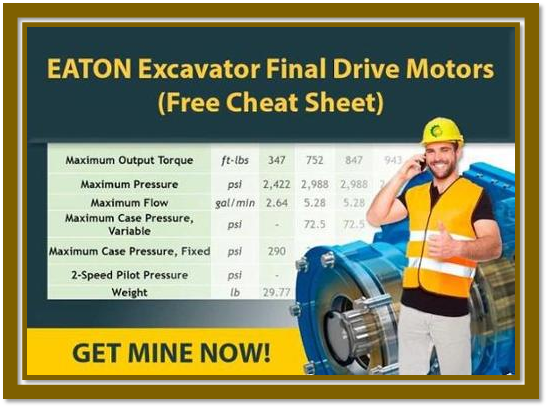