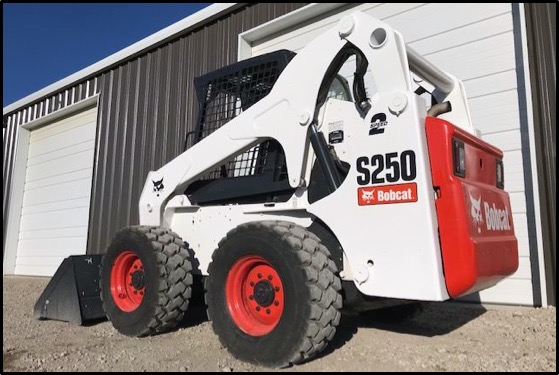 Skid steer loaders with the engine power of 65-80 HP are the most preferred loaders by customers, according 2017 report by FactMR.

According to Bobcat, approximately one Bobcat skid-steer loader is built every 12.5 minutes. That is quite a few skid steer loaders in a week.

A John Deere 332E was auctioned off for $50,000 in December 2016, the top auction price of the year for skid steers. It was a Ritchie Bros. auction in December of 2016 in Sun Valley, California, according to Equipment World. The skid steer loader only had 72 hours on it.

The winner of Equipment Watch’s highest retained value awards for 2018 for the skid steer categories were as follows:

According to Construction Equipment Guide, the skid steer loader with the widest body is the Bobcat S850 at 80 inches. It has an operating capacity of 3,950 pounds and 92 horsepower. That is definitely not a little skid steer loader.

RitchieSpecs data indicates that the heaviest skid steer loader is a tie between the Gehl 7810E and the Mustang 2109, both weighing in at 10,520 pounds. That's just over 5 tons! This tie isn’t surprising since Manitou owns them both.

Most skid steer sales occur in the midwest (possibly due to the strong agricultural industry there) while compact track loaders dominate in coastal regions, according to CompactEquipment.com.

The skid steer with the largest operating load rating is the Bobcat S850 at 3,950 lbs. This monster of a skid steer also weighs 10,008 lbs and offers 92 hp, based on information from RitchieSpecs data.

Skid steers are awesome machines that combine versatility, lifting power, and a compact size into the perfect package for getting tough jobs done. From their birth back in the 1950s until today, they remain one of the most popular compact machines on the market.